1000 years of history to discover at the Priory of Saint Rémy la Varenne!

The Priory is a listed building, within Saint Rémy la Varenne, along the Loire river. The Priory is open to everyone and benefits from numerous assets.

The Priory is also a unique area of freedom and wellbeing within a park planted with trees. The site invites to meet each other, exchange experiences and promote talents of everyone.

What is a Priory?

A Priory is a rural estate bequeath to an abbey, headquarter of a monastic community. It is composed of meadows, woodlands, and crops. There are often mills and smallholding whom taxes increase the Priory incomes.

To manage the estate, religious build buildings where they often establish on a long-term basis, with a prior, leading a group of monks.

Prior comes from the Latin ‘prior’: first, as the meaning of leader. A ‘Priory’ is so an estate managed by a Prior.

Who were the monks of Saint Rémy la Varenne?

At late Xth century, the Count of Anjou evict theme and settle Benedictines.

Within the Christian religion, there are several monastic communities, each strictly following precepts, called ‘rules’.

Several ‘rules’ exist, each enacted by a religious founder, or directly inspired by its life. In this way, Saint Benoît (born in Nursie, Italia, around 480), inspired the Benedictines.

Numerous successors over the years…

Benedictine Monks that build the Priory lived here at least up to the XVth century (after that it became really uncertain). Since the XVIth century, the Priory become a manor belonging to a lord. Up to the French Revolution (1789), it was a seigniory with all the characteristics of the Ancien Régime.

Sold as ‘National Property‘, it becomes a kind of old manor, belonging to several privet owners. In 1989 the Saint Rémy la Varenne municipality bought the Priory. Buildings show the pieces of evidence of this long history; it is why their reading is complex and fascinating.

Indeed, the different occupants of the Priory (since XIIth century) worked to modify the building using the already build parts. They also had to compose with the hustle and bustle of history (the Hundred Years’ War, religious wars, the French Revolution…) and with the environment modifications (building of the Loire dyke: “La Grande Levée d’Anjou’ and the famous Loire floods).

So, you can now enjoy a melting pot of all these influences, as a complex web… that we offer to sort out. 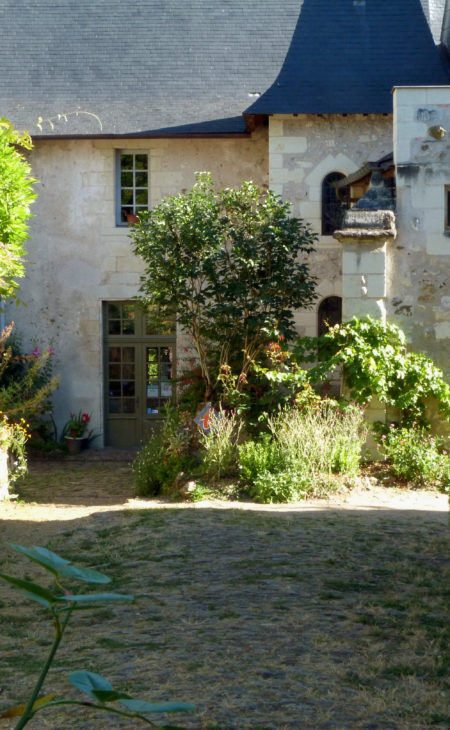